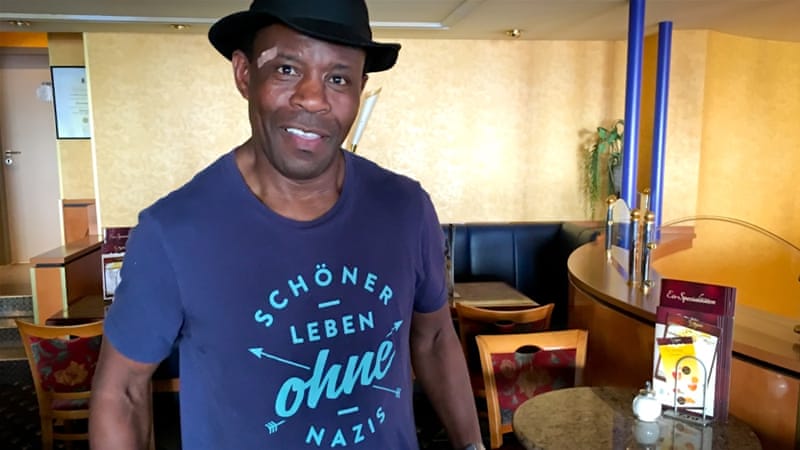 Ibraimo Alberto was born to former slaves in Mozambique when it was still a Portuguese colony. His parents worried he would be forced into slavery when he went to Germany [Jacob Kushner/Al Jazeera]

Their stories are the exception to the norm: incidents of violent xenophobia are rare in Germany compared with other countries. Indeed, Germany has welcomed more asylum seekers in recent years than any other European nation – the United Kingdom, France, Poland, Austria, Hungary, and magnitudes more than the far more populous

United States. When faced with the largest exodus of people since World War II, none of these nations welcomed refugees as unconditionally as Germany did. It’s precisely because of this reputation that Al Jazeera is taking a hard look at what happens on the occasions when that welcome culture goes awry.

A child of former slaves, Ibraimo Ibraimo Alberto, a Mozambican immigrant, encountered many opportunities, but also experienced racism, big and small, in the east and west– including the murder of a friend. Read his story at Al Jazeera. This is the 2nd story in a seven-part series.