PORT-AU-PRINCE, Haiti – Opposition candidate Michel Martelly earned the second-highest number of votes in Haiti’s troubled Nov. 28 election – not government-backed candidate Jude Celestin, according to an investigation by the Organization of American States (OAS), which observed the election.

“The Expert Mission has determined that it cannot support the preliminary results of the presidential elections released on December 7, 2010,” reads the report, which was delivered to President René Préval on Jan. 13 and made public Jan. 18. 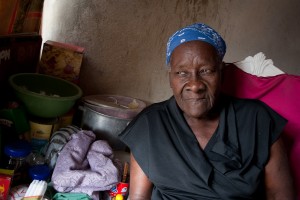 The report concluded 17,220 ballots cast for Celestin and 7,150 cast for Martelly should be voided due to irregularity. The difference leaves Martelly with 3,225 more votes than Celestin, but still behind law professor Mirlande Manigat who received the most votes – even after the OAS said 13,330 of the votes for Manigat should be discarded because of irregularity, leaving her with 31.6% of the vote.

If Haiti’s Electoral Council accepts the report’s recommendations, Martelly would advance to a run-off election on a yet-to-be determined date against Manigat. The runoff had been scheduled for Jan. 16, but officials had to cancel it after candidates questioned the results of the first round of voting.