PORT-AU-PRINCE, Haiti – While foreign reporters flock to Haiti to cover major breaking news, Haitian journalists said they are reporting on the events that have devastated the nation during the past year with a “work as usual” attitude.

The earthquake that struck Haiti on Jan. 12, 2010 closed radio and television stations and destroyed the office of at least once major newspaper, making reporting nearly impossible at a time when good journalism was needed more than ever, journalists said.

Haitian journalists had been accustomed to working in tough circumstances that range from low and unsteady wages to lack of training in investigative techniques – and that was before the impoverished nation was hit by a massive earthquake and a deadly cholera outbreak. 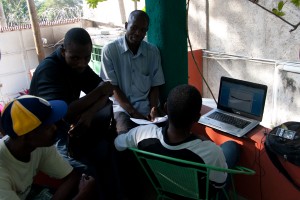