PORT-AU-PRINCE, Haiti — Deep within Haiti’s beautiful Artibonite Valley, a man wades barefoot through loose mud that comes up to his knees. Bending over, he takes individual strands of rice seed from a clump in one hand, stuffing them quickly into the mud one by one.

Were he a hopeful man, Denis Jesu-car, 32, would tell you that four months from now, he’ll be rewarded with a few large sacks of rice that he can then sell in Haiti’s capital, Port-au-Prince, earning him enough to buy food until the next harvest season and send his children to school.

But Jesu-car is no longer hopeful. That’s because this farmer who rents a small plot of land he tends without modern tools or fertilizer is competing with giant American rice companies that produce hundreds of thousands of tons of better quality rice — and ship them to Haiti at artificially low prices. 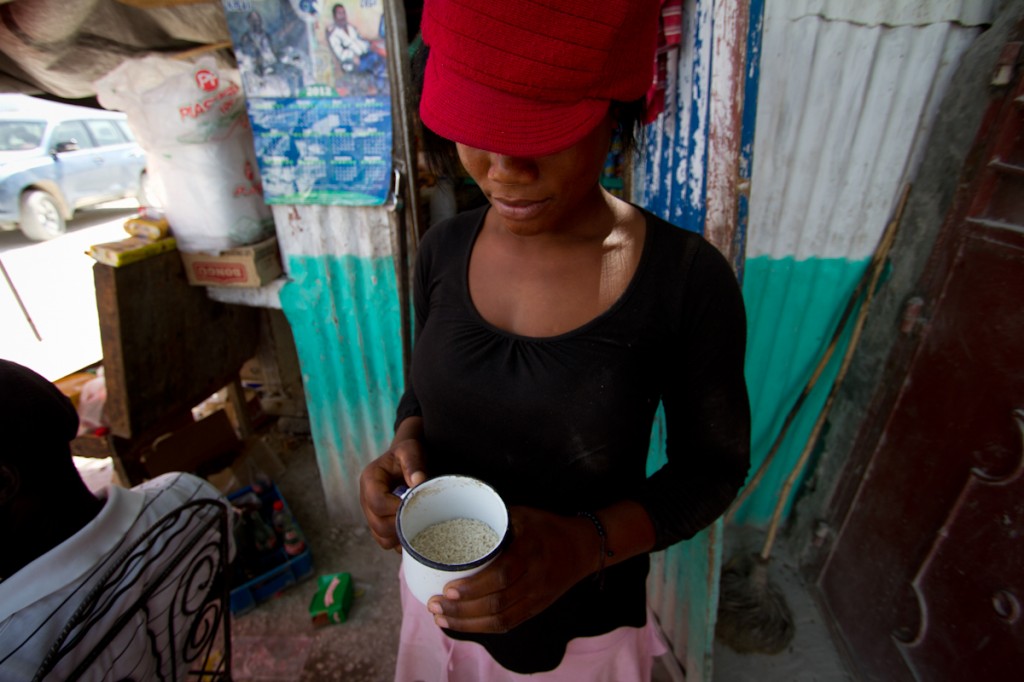 “Artibonite used to be rich, but now it’s poor,” he says. “We produce rice, but it doesn’t sell.”

Since 1995 the US has given over $13 billion in subsidies to American rice farmers and continues to provide hundreds of millions each year. That keeps the price of American rice exported to Haiti significantly lower than rice produced by Haitian farmers, who receive no such assistance from their own government.

Now, following decades of enormous subsidies to US farmers, Congress is considering reversing that policy. The Senate began hearings last month on the 2012 Farm Bill — the five-year law that dictates America’s fundamental agricultural policy. On the table is the elimination of direct subsidies to US rice farmers, which Haitian agronomists say would give Haitian farmers like Jesu-car a chance to at last compete more evenly with rice from abroad.