PORT-AU-PRINCE, Haiti – During Haiti’s problematic elections last November, thousands of local observers documented the irregularities that occurred in a process that ultimately judged their success to hold a democratic vote.

More than 5,000 Haitians from different civil society and religious organizations were trained to learn the election observation process before being assigned to many of the 11,000 polling stations nationwide during the preliminary presidential and legislative elections on Nov. 28. 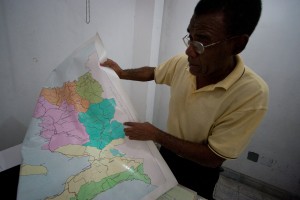 Observers said their participation in the process is essential in a country with a long history of undemocratic exchanges of power.

“I am a Haitian, and Haitians have the obligation to participate in the democracy of their country and its development,” said Saul Kesnel, a pastor at an evangelical church in a suburb of the nation’s capital who worked as an official observer. “My church encourages people to vote, to do their civic duty. I can animate them by volunteering as an observer too.”