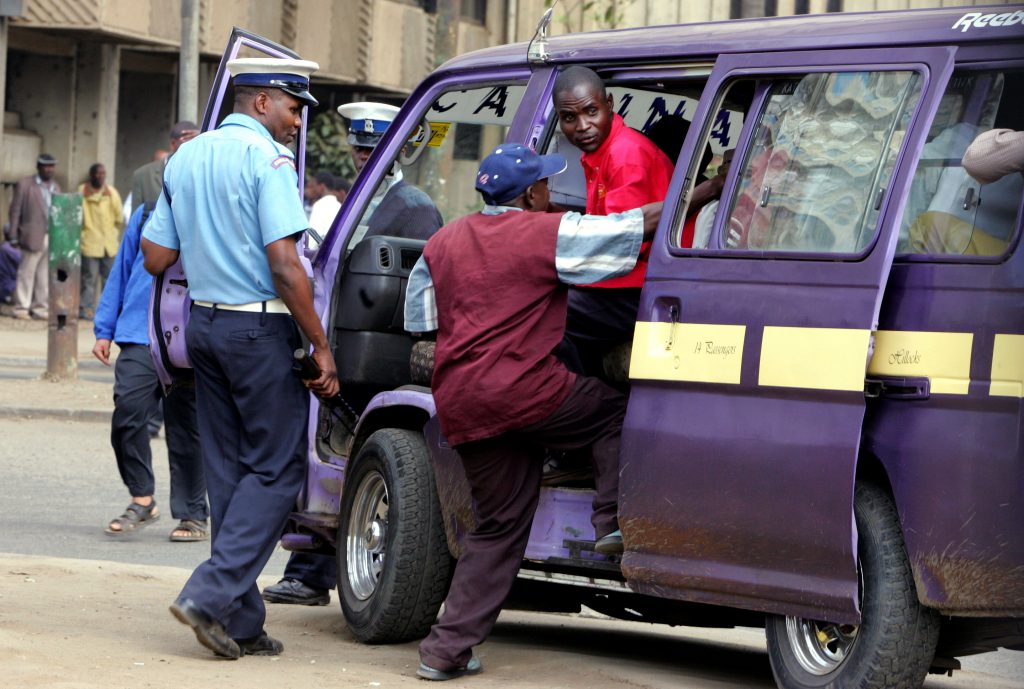 01 Sep 2006, Nairobi, Kenya — A Kenyan policeman board a minibus (Matatu) after the vehicle was stopped for a traffic offence in the capital Nairobi September 1, 2006. Thousand of Kenyans mobbed private minibuses, throwing elbows and squirming onto the loudly painted vehicles across the nation on Friday after a government push to enforce safety rules left many without transport. REUTERS/Antony Njuguna (KENYA) — Image by © ANTONY NJUGUNA/X90056/Reuters/Corbis

Even the smallest of bribes can stifle an economy when they’re magnified millions of times over.

When a police officer gets caught soliciting a bribe, most people would tend to blame the cop. In Kenya, the government is trying a new approach: clamping down on the people whopaythe cop.

And they’re going about it in a strange way, ordering that Nairobi’s public matatus— the beat-up, privately owned vans that ferry most of the city’s commuters — go high-tech. Passengers are being asked to use popular mobile banking applications like m-pesa to pay the fares. No more cash-carrying passengers, no more bribes, the thinking goes.

Many in Kenya say government officials aren’t naïve in their hope to stem corruption this way — they’re just plain lazy. High-tech solutions like digital fare cards or mobile phone payment apps abound. But Kenya may be no exception to the rule that ending bribery must begin and end with old-fashioned justice for the people who solicit the bribes.
new balance heart rate monitor
Read the full story at OZY.