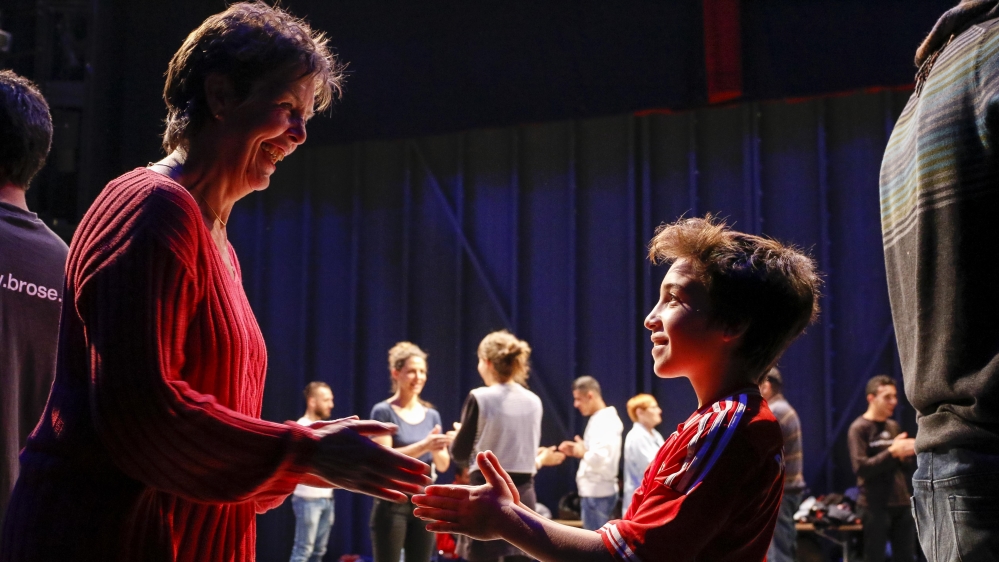 DRESDEN, Germany – Each week, a group of refugees and Germans gather at a nondescript cafe hidden from view, pushed back from Dresden’s streets. The refugees come from around the globe and the cafe provides a safe space for them to mingle with the locals to chat, practise their language skills, and sip tea and juice. It’s one of many spaces that have popped up across Germany to welcome refugees, help them with their asylum applications, teach them German, or just for engagement.

Here, immigrants tell stories about their homelands and laugh with German volunteers about cultural differences. Graffiti covers the walls, a sign on one wall reads, “Refugees welcome. Bring your families.”

They do. Children play table football, while teenagers – mostly boys – lounge on couches.

But this particular space, known as the “international cafe”, rests in an uncanny location.

Dresden, the capital of Saxony, is a stronghold for Germany’s anti-immigrant politics. Each week, thousands of supporters of the right-wing, anti-Muslim, anti-refugee movement PEGIDA gather to demonstrate against Germany’s liberal policies towards asylum seekers.

They chant that refugees should “go home” and denounce what they see as the Islamisation of Germany. Refugees often take care to avoid central Dresden on Monday nights out of fear they’ll become targets of the protesters’ angry speech, or worse.

Read the full story at Al Jazeera. This is the final story in a 7-part series.