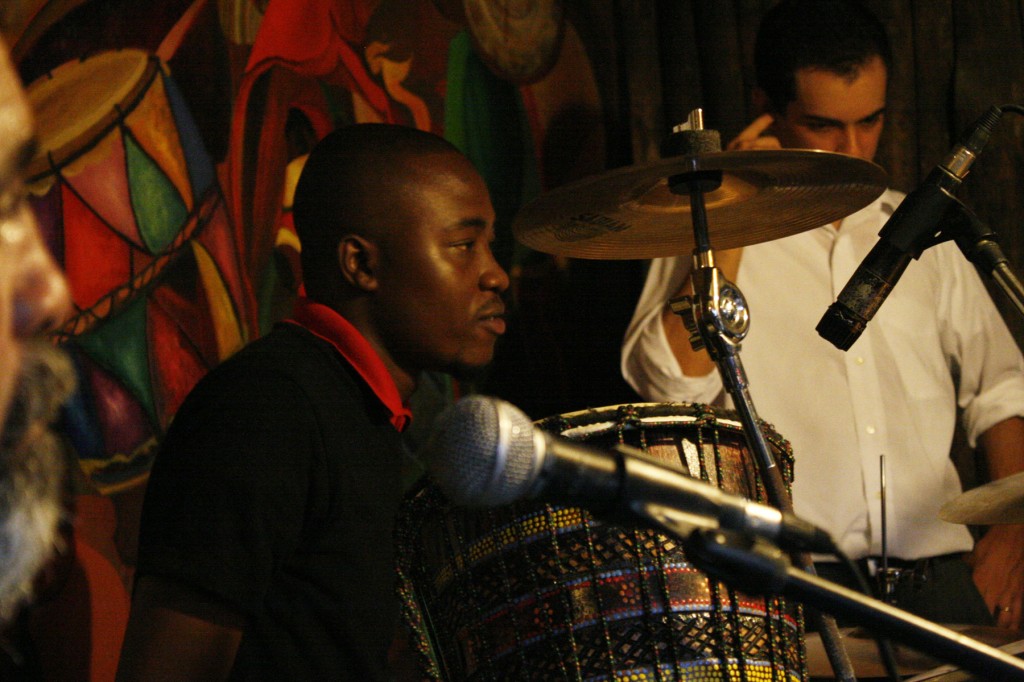 Haitian drummer Johnbern Thomas arrived in the Dominican town of Jarabacoa shortly after the earthquake postponed his Jazz career in Haiti. Here, he mixes Haitian precussion rhythums with the Latin jazz the his Dominican band members play. -Jacob Kushner