Two years ago, Michael Bloomberg launched Bloomberg Media Initiative Africa, a $10 million fund to “build media capacity, convene international leaders and improve access to information” on the continent. As part of the three-year program, journalists in Kenya, South Africa and Nigeria can apply for training programs and seminars to improve their knowledge about African finance and how to cover it.

Truly independent media outlets remain scarce on the continent. Freedom House lists the press in Kenya, Nigeria and South Africa as only “partially free.” The first and fourth most censored media in the world are in Africa, according to the Committee to Protect Journalists, which last year published a detailed report about how Kenyan officials and partisan media owners are eroding press freedom there.

To learn more about the initiative and its relevance for African business journalism, CoveringBusiness spoke with three veteran Bloomberg editors. Read the interview at Columbia University Graduate School of Journalism’s Covering Business blog.

The global mineral trade can be ugly. Think children skipping school to dig barefoot with picks and shovels for gold or other precious ore. Picture warlords and army officers using guns to traffic minerals on the black market. Think Democratic Republic of Congo.

Or perhaps, consider the multi-billion dollar corporations that source many of the precious metals they use to build your mobile phone or your laptop from under regulated and often illegal mines. U.S. Congress began thinking about this in 2010 when it passed a first-of-its-kind law aimed at curbing the trade of certain “conflict minerals” in the Democratic Republic of Congo—Africa’s second largest country, whose eastern region has been ravaged by mineral-fueled violence for decades, killing more people than any other conflict since World War II.

Covering Business spoke with Michael Kavanagh, a veteran Bloomberg reporter in Congo who has covered the mineral trade there for more than a decade, about what journalists get wrong and how they can do a better job of covering this complex and divisive subject.

In recent decades, Western media has tended to place the blame for Africa’s problems overwhelmingly on African shoulders. Given portrayals in the mainstream press, for example, one could have been forgiven for thinking that Robert Mugabe’s ongoing state plunder in Zimbabwe or the Joseph Kabila administration’s secret mining deals in Congo were purely African scandals, manufactured by Africans without any outside help.

And yet a subtle shift in western media’s coverage of Africa is underway: today many news outlets are making great efforts to uncover the ways in which foreign corporations and actors from North America, Europe and Asia are central to corruption on the continent.

Often, journalists conducting long-term investigative projects don’t contact the entity they’re investigating until the very end, when there’s less time for the subject to interfere with the reporting process. But a recent experience in which I did just the opposite showed me the enormous benefits that can come with engaging the target of your investigation and being transparent about the story you intend to write from the very start.

Read my article for the Columbia Graduate School of Journalism Covering Business blog.

Social entrepreneurship—the creation of for-profit businesses that aim to improve social conditions in the places where they operate—is big in Africa, and in the developing world at large. But not every entrepreneur who arrives on the scene from Silicon Valley to take advantage of a shortage of business knowledge and high-tech know-how deserves a hero’s welcome. The following are some strategies I’ve developed while covering Nairobi’s social enterprise, tech and overall start-up scene during the past year for the forward-looking, Silicon Valley based news site, OZY.

Read the article at the Columbia Graduate School of Journalism Covering Business blog. 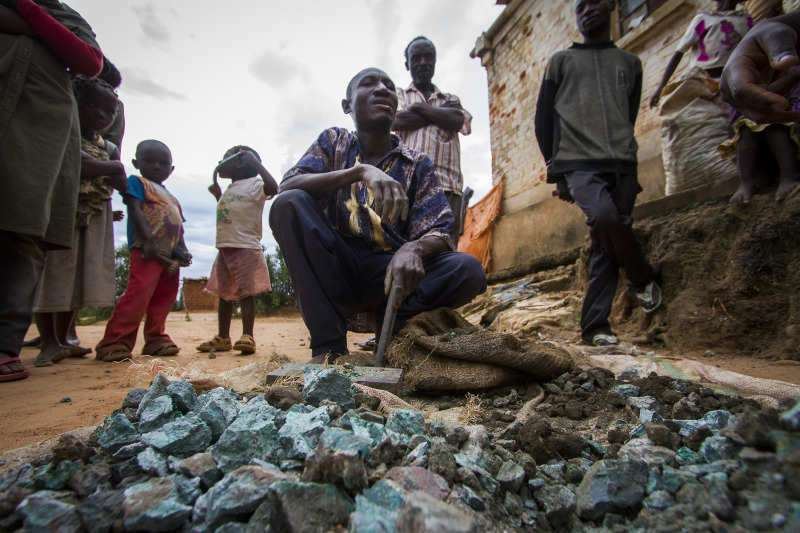 Emmanuel Tshiteta crouches over a pile of copper ore he recovered near a mine in Kolwezi. / Jacob Kushner

Journalists often consult  a range of sources as possible to get an accurate picture of their subject. But sometimes there’s a single source who seems to know almost everything—an expert who’s the ‘gatekeeper’ to a castle of information and contacts on the business or deal the reporter is investigating. Enlisting the help of this person can unlock access to dozens of key sources and documents all at once. 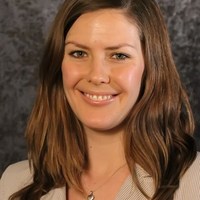 The more I reported, the more the name Johanna Jansson came up: It seemed like every journalist, academic and business insider I spoke with about the deal would refer me back to her. Jansson is a Swedish PhD candidate who has spent years researching the specific megadeal I was reporting on, called Sicomines, for her dissertation at a University in Denmark. In January 2013, I approached her in Kinshasa to ask for help understanding the deal—and for her contacts to some of the most powerful and knowledgeable stakeholders in Congo. My eBook, supported by the Pulitzer Center, would not have been possible without the information and contacts she provided me.

Nearly two years later I called her to discuss what a journalist can do to gain the trust and help of an expert– and what that expert often expects from the journalist in return.

Jacob Kushner: By the time we met you’d already spent years of your life studying this deal. It was your ‘baby’ so to speak, and you had years to go before your dissertation would be completed and published. Why would anyone in that position be willing to share? 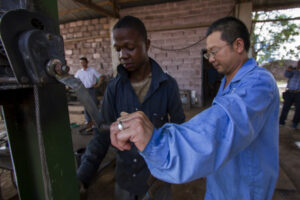 A Chinese employee of a major, Chinese state-owned construction company watches over a Congolese employee in Kinshasa. / Jacob Kushner

Johanna Jansson: I was a bit scared in the beginning, to say ‘oh no, someone will be toe-treading me.’ But I’ll take the risk of sharing because I know I get stuff back from people. If you trust people then you really get stuff back. I deal with journalists in the field and those people that I talk to are real professionals, they know what the rules are. If you steal information you’re dead—professionally dead and reputationally dead.

Kushner: But what do you mean by steal? The very goal of the journalist is to publish everything he or she can learn, right?

Jansson: I mean without credit. In academia people go over the top to say this came from that person and this person did that…If you want to use my currency, which is thinking, then I would appreciate to be acknowledged by that. It’s good for me for my reputation to be mentioned as an expert.

But engaging with media or the public gets you nowhere in your career. The only thing that promotes you is your academic work and your teaching. So any engagement with journalists is on your spare time…that’s why so many academics don’t do it. They have kids, they need to publish.

Kushner: When I first came to you I must have sounded like I didn’t know what I was talking about. What gave you confidence that, at the least, I was really committed to figuring it out? 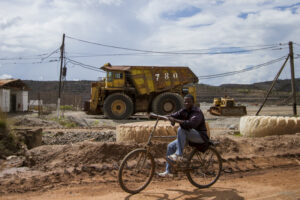 A man rids his bike across the vast mining lands outside Kolwezi in southeastern Congo. / Jacob Kushner

Jansson: I probably thought, ‘wow this is a big topic to try to bridge in such a short time.’ But I was impressed afterwards because you really did do it. (At first) you were asking really basic questions for someone who was trying to grasp something so big. (But then) you ran around like somebody on speed, talking to everyone in a second, and then you produced something that was really good.

Kushner: Many journalists are hesitant to let a source review what they intend to write or publish. But would you have spoken to me so freely if I hadn’t offered to do that from the start?

Jansson: I wouldn’t talk to a person that doesn’t do that. Because most conversations flow off and on the record, and it would not be possible.

Kushner: What about sharing your contacts—were you nervous about sharing them with me, especially one particular high-up government official?

Jansson: I didn’t connect you—that was Lizzie (Parsons) from Global Witness who did that. But I would have. It’s about economy—if I help you then you’ll help me. The official you mention was stonewalling me, but he wanted to see you. You got some things out of him that I didn’t know. It’s an economy, a barter network. (Note: Immediately after interviewing the government official, I shared it with Johanna. Although she might see this as part of our journalist-expert ‘barter,’ she also did a service to me by double-checking that I was interpreting the interview accurately).

Kushner: What obligation do journalists have in a scenario like this—one in which they’re depending on an expert like you?

Jansson: I think journalists have an obligation not to simplify things so much as to get it wrong. I think they can meet halfway. The New York Times published a story about oil in African countries, the Chad case–you and I talked about this. The journalist portrayed it as if the Chinese were the only companies making problems in the oil sector.

Kushner: OK, but how did you know from the start that I wasn’t going to oversimplify China’s engagement in Congo as well?

Jansson: You were talking about how you learn to doubt yourself—I think journalists could really do that more. A lot is about what words you use. If you say the Chinese are doing it, or it seems like they are doing this…there’s a huge difference even in the conjugations of the verbs you use. Are you getting to sensationalism, or are you using a proper analysis?

Kushner: What’s the most important thing any business reporter should do when approaching an ‘expert’ to ask his or her help?

Jansson: Read their stuff first. Because it’s tiring when people come and say, ‘can you tell me this’…and ‘this’ is (already) in a publication. See if any of their publications are available and if they are, take the time to read. Then approach them and say ‘I read this and that,’ or ‘I’ve looked at your publications but I haven’t had time to read, but can you explain to me this and this?’ In academia you’d never ever approach professor and ask, ‘what’s your research about?’ In academia you do your homework, or you keep your mouth shut. 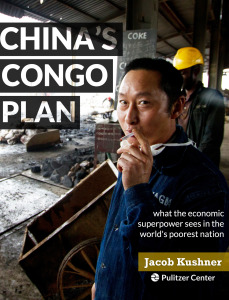 Kushner: Is there anything that academic ‘experts’ like yourself can learn from journalists?

One journalist friend of mine will comment on my stuff and say, ‘this is way too much jargon! Why don’t you just say what you want to say?!’

This interview was originally published in 2014 by the Columbia University Graduate School of Journalism’s ‘Covering Business’ blog.