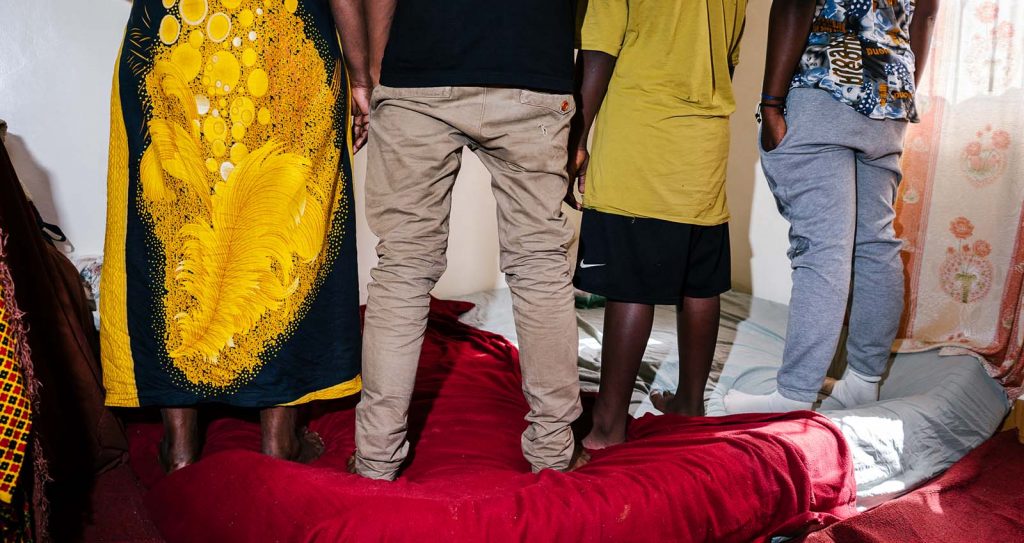 “We have a bad, bad story,” begins Gloria Ibara, a refugee from Burundi and the mother of four. Sitting on a mattress in a simple Nairobi apartment, she tells me of her problem: “They want to kill our family.”

Gloria, whose bright smile accents her worn face, was born in rural Gitega province to a family of farmers. As her children grew, Gloria came to realize her son Eric was gay. (The names of the family members have been changed out of concern for their safety.)

At first “I told him to stop, that it’s not good,” Gloria says. But over time she decided that “that’s the way he was, and he couldn’t change it.” So she went on loving and caring for him just the same.

In many parts of East and Central Africa where homophobia is rife, parents react harshly on learning that a child is gay. Parents feel enormous pressure to either “fix” their gay kids or disown them. I’ve met dozens of LGBT refugees who have fled their home countries and escaped to Kenya, and only one—a woman, also from Burundi—wasn’t disowned by her family. So when Gloria learned that her son Eric was gay, it was extraordinary for her not to reject them. Stunned as she was when she later found out that her older son, Claude, then well into his teens, too was gay, she supported him too. It’s for that reason that they are now a family on the run.

Read their story at TakePart.

In an attempt to counter the anti-LGBT fervor gaining hold on Kenya’s coast, one gay rights organization has developed a new approach. Rather than confronting the religious leaders behind it, it’s inviting them to tea. 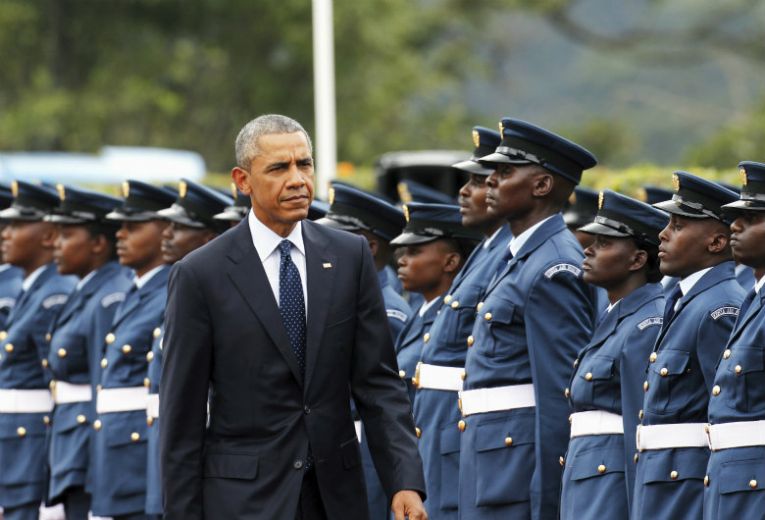 Decades of war have divided Somalia into three regions, each with its own government. What they share are the challenges to prosecuting sexual assault. In south-central Somalia, which includes Mogadishu, Somalia’s largest city, survivors of sexual violence have particularly scant hope for justice. The U.N. counted 1,700 rapes between January and November 2013 in Mogadishu; the total number of rape convictions that year in all of south-central Somalia was two.

“You’re more likely to be arrested for reporting than are your perpetrators,” says Antonia Mulvey, founder and executive director of NGO Legal Action Worldwide, an NGO that works to prevent sexual assault and improve justice outcomes for survivors. “The climate for impunity is very large.”

Today, though, Mulvey and her organization think they’ve found the solution: a one-stop center where victims can report their crime to police while also receiving medical care, legal counsel, and psychological support. Though viewed as crucial to finding justice for survivors of sexual abuse in Mogadishu, setting up the center will be a tall order in the region, where there is barely any law enforcement, a history of abuse of women, and a tradition that mandates rape be dealt with by local clan elders rather than the official justice system.

But a model for success is 450 miles away in the city of Hargeisa, the capital of a region of Somalia known as Somaliland.

Read the full article at TakePart.

Phyllis Omido receives the Goldman Environmental Prize Monday, but the battle for justice is only beginning.

In the coastal city of Mombasa, Kenya, a rogue lead-smelting factory has left a path of destruction in its wake: at least three dead workers, hundreds of failed pregnancies and stillborns, and more than two dozen children suffering lifelong health effects from breathing in polluted air and stepping in toxic runoff.

The damage might have continued were it not for one Kenyan woman who fought to close down the plant and save an entire community—even amid death threats and an attempted kidnapping.

Today, 36-year-old Phyllis Omido is being honored with the Goldman Environmental Prize, given each year to six exceptional individuals—one from each continent—who undertake “sustained and significant efforts to protect and enhance the natural environment, often at great personal risk.”

The prize is the beginning of yet another journey for Omido: She plans to use the $175,000 award to sue the government agencies that knew about the problems at the smelting plant but did nothing.

“As long as there is no justice, we will keep pushing,” she says.

To get the fuel she needed to cook her food and warm her home, Kenyan Nancy Wambui, 54, used to buy charcoal made from chopped-down trees. But recently, she was given a new set of briquettes to try, that looked just like regular charcoal but worked even better. The secret ingredient? Human poop.

These briquettes just might be a promising new way to curb deforestation, reduce the daily expenditures of low-income families, help solve an energy deficit facing the country, and support sanitation improvements in areas where they are desperately needed. More than 2.5 billion people in the developing world lack access to toilets, and a child dies every 15 seconds from diarrhea, usually the result of food or water becoming contaminated by human waste. Each year, 200 million tons of the world’s poop also goes completely untreated, ending up directly in lakes, rivers, and oceans.

The Western Kenyan village of Nyawita is a dry, sparse place. In the mornings, wives tend to small plots of corn or cassava near their mud-wall homes. Husbands shepherd their few cows around, searching for patches of grass. Children attend a local school if their parents can afford to send them.

Victor Ochieng has spent almost his entire 39 years here farming corn, tomatoes, and other crops. Until recently, it was all the father of six could do to scratch out a living for his family. He wanted to buy pumps and pipes to irrigate his crops with water from his well but couldn’t afford it.

“Farming has so many challenges, and one of the biggest is that rains disappear,” he said. “I wanted to farm even during the times of drought, so I could take my crops to the market while the price is high.”

One day last year, a couple of out-of-towners showed up in his village. They walked from house to house, chatting with the locals. When the visitors, Kenyans like Ochieng, arrived at his home, they told him something astonishing: Some Americans he’d never met wanted to give him and nearly all his neighbors a fortune. Not a loan, a giveaway. With no strings attached.

Read the full story at TakePart.com